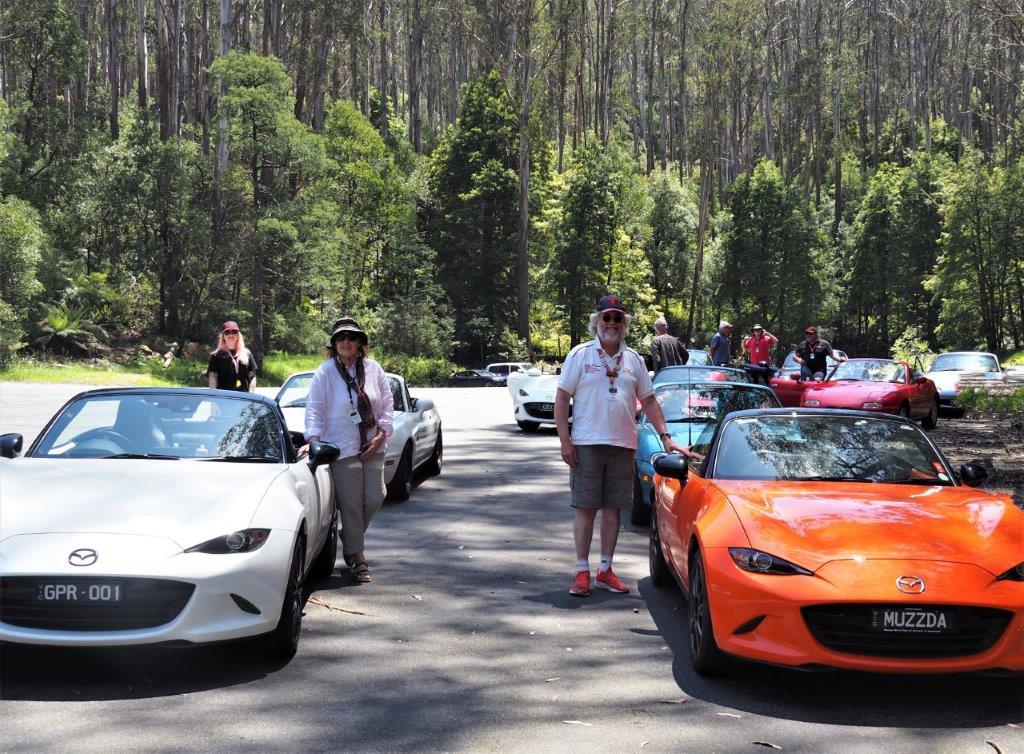 Every two years,
the MX-5 Clubs from every state of Australia get together for a national gathering called NatMeet.

NatMeet brings together owners from all around Australia in the one place to talk, have fun and show off their pride-and-joy. The event program combines motor sport with other events like funkhanas, navigation rallies, treasure hunts, convoy driving, a concours d’elegance / show & shine and a good deal of social activity over the four or five days.

These gatherings were born at a meeting of all State MX-5 Club presidents at Daylesford, Victoria, in July, 1993. They kicked off in Adelaide in 1994, followed by:

Pictured here are the State presidents at the Mazda-sponsored meeting that saw the birth of NatMeet: from right – Grant George (SA), Peter Randell (WA), David Henry (Vic), Lea Findley (NSW) and David Verna (Qld). At left of the group is Murray Finlay (Vic), who was secretary of the meeting.

The Mazda MX-5 Club of South Australia will be hosting the next NatMeet, the 13th, in 2018 … planned for the Barossa Valley. Watch the SA Club website for details …

ll never host a NatMeet, but in 2019 they are planning a once-in-a-lifetime experience for MX-5 enthusiasts from all over Australia. The “Go West – NotMeet”, scheduled to fall between NatMeet XIII in SA in 2018 and NatMeet XIV in NSW in 2020, will offer “modules” to allow you to see as much or as little of the great state as you want.

But the WA Club needs your commitment to attend before anything can be planned in detail. Download their brochure here (4.8MB) for all the current information, and then get in touch with the WA Club to commit your spot.