Each is led by a Chapter Captain and at least one Assistant Captain who organise the running of the Chapter and the yearly calendar of events.

There is usually at least one event in each Chapter per month, normally consisting of a convoy run where members meet and drive together to a pre-determined destination, with perhaps a lunch or dinner opportunity. Through the Club’s monthly newsletter and e-mails, the officials keep members up to date with events and any other issues that may arise through the Club. Our Chapters are listed at right. 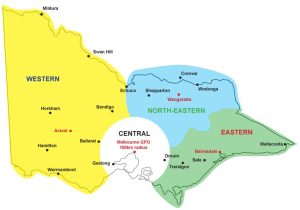 Based in Melbourne to include members residing within 100km of the GPO.
Founded: 1 March 2012

Based around Ararat to include members from western Victoria … Ballarat to the SA border, south to the coast, and north to the border region of southern NSW (west of Echuca).
Founded: 12 April 2009

Based in Wangaratta to include members in northern Victoria – north of the Great Dividing Range, east of Echuca and the border region of southern NSW.
Founded: 15 April 2007

Based around Traralgon to include members from (predominantly) west Gippsland, south of the Great Dividing Range.
Founded: 30 October 2011 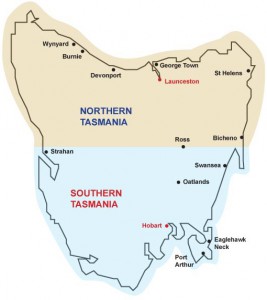 Based around Launceston/Devonport to include members in northern Tasmania – both west and east of the Tamar and south to Ross.
Founded: 15 June 2008

Based in Hobart to include members in southern Tasmania – in and around Hobart and north to Ross.
Founded: 16 March 2008